We are currently seeking expressions of interest in adding your current event or producing a new live or online event for our wonderful community.

If you would like to be part of the festival.
Please send an email to: info@sydneypride.com

Sydney Pride Festival acknowledges the Gadigal people of the Eora nation, who are the traditional owners of the land on which our celebrations are held on. Always was, always will be Aboriginal Land.
What's On!
To celebrate Pride Month and to give you a sneak peek of our new queer basement bar The DugOut (formerly Bear Bar) we are throwing a HUGE FABULOUS THURSDAY PARTY. It’s going to POP OFF!
There will be performances across two levels, starring Mynx Moscato, Coco Jumbo (Season 1 of Drag Race Down Under), Bettie Blackheart and Victoria Mami. There’ll be extra sparkle and colour added to our regular Thursday Trivia, Lets Get Quizzical, and Open Drag Comp, Tuck for a Buck. There’ll be dancing and jamming to your favourite pop anthems, remixes and throwbacks powered by DJs Hamo, Adam Love, Alright Hey and Dyan Tai.
Thanks to our friends at Redbull there will be a complimentary Redbull Cocktail for everyone on arrival from 9pm!
The Burdekin Hotel is a bar for everyone, always, but on Thursdays we want to really open our hearts and doors to the LGBTQI+ community. Make it your night to feel safe, express yourself and dance the night away!
MAIN ROOM
7 – 9pm: Pride edition: Let’s Get Quizzical hosted by Kevininthecity
10 – 11:30pm: Pride edition: Tuck for a Buck hosted by Mynx Moscato
9pm-12am: DJ Dyan Tai
12am – 2am: DJ Alright Hey
THE DUGOUT
9pm – 11:30pm : DJ Hamo
11:30pm – 2am: DJ Adam Love
~ ~ ~ ~ ~
Thanks to our partners Red Bull

Kweens of Comedy is a unique comedy show that celebrates all types of comedians and all forms of comedy. It’s a space for the entire community to feel welcomed, no matter their background, and for all to embrace the hilarious, weird and wonderful beast that is comedy.

So, whether you’re after a regular space to be entertained and welcomed wholeheartedly, want to see the best of comedy or just fancy a fun Friday night, Kweens of Comedy is waiting for you!

House of Mince presents Bona to Varda - A Queer Variety Show that is centred on showcasing Sydney’s international calibre queer force and talent; all within the heart of our

House of Mince presents Bona to Varda – A Queer Variety Show that is centred on showcasing Sydney’s international calibre queer force and talent; all within the heart of our city.
The event will take place over four nights at Stonewall Hotel as part of Sydney Pride & Sydney Solstice featuring Betty Grumble, Liam Gale Band, King Cxntessa, Justin Shoulder, Stelly G, The Sharman, Craig Slist, Basjia plus more!
Previous shows have all sold out so get in quick…

Two sittings every Friday in June – 7pm and 9pm.

Join us for our annual Pride Run with one loop of the scenic Centennial Park. We cater for runners and walkers of all abilities. Refreshments at the end of the run. Register on the day! Everyone welcome – dog friendly too!

After the Stonewall riots in 1969, many LGBT people—even those that did not witness the rebellion—were inspired to contribute to the cause. Gay rights had entered the national spotlight. LGBT people began organizing, protesting and mobilizing. On July 4, 1969, a year after the Stonewall riots, the Mattachine Society along with Frank Kameny, Craig Rodwell, Randy Wicker, Barbara Gittings, Kay Lahusen and many others, picketed in front of Independence Hall in Philadelphia in what was called the Annual Reminder. The protest was quiet and organized to the dismay of Craig Rodwell who felt Frank Kemeny and Mattachine's methods of calm protest were not enough.
Rodwell returned to New York City and organized Christopher Street Liberation Day. The march, held on June 28, 1970, was the first gay pride march in the U.S., covering 51 blocks from Christopher Street to Central Park. Today, LGBT pride parades and festivals are held annually in multiple cities and countries throughout the world. The month of June is widely considered Gay Pride Month. 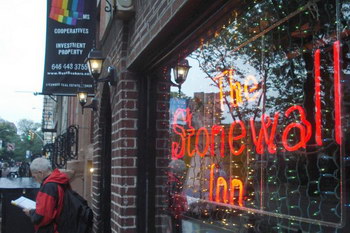 The first Mardi Gras was held on 24 June 1978 at 10 pm as a night-time celebration following a morning protest march and commemoration of the Stonewall Riots More than 500 people moved down Oxford St, calling for an end to discrimination against homosexuals in employment and housing, an end to police harassment and the repeal of all anti-homosexual laws. Although the organizers had obtained permission, this was revoked, and the march was broken up by the police. 53 of the marchers were arrested although most charges were eventually dropped, the Sydney Morning Herald published the names of those arrested in full, leading to many people being outed to their friends and places of employment, and many of those arrested lost their jobs as homosexuality was a crime in New South Wales (NSW) until 1984

The Mardi Gras Parade occurred again in 1979, and was attended by 3000 people. While there was a large police presence, there were no arrests made. In 1980, no Parade was held, but following community consultation, decisions were made to move the parade to the summer. In 1981 the parade was shifted to February, with the name changed to the "Sydney Gay Mardi Gras an increasingly large number of people not only participated in the now summertime event, but a crowd of 5000 came to watch it. The mid 1980s saw considerable pressure placed to the Mardi Gras Committee following media controversy regarding AIDS. Despite calls for the Parade and Party to be banned, the Parade went ahead with theme “Fighting for Our Lives”.

The first giant post-parade party was held in 1982, which 4000 people attended. This would continue to become an integral part of the Sydney Gay & Lesbian Mardi Gras. In 1988 the parade was renamed the "Gay and Lesbian Mardi Gras" at an Extraordinary General Meeting.

By 1993, the Sydney Gay & Lesbian Mardi Gras Parade had become the largest night time outdoor parade in the world. Mardi Gras' Economic Impact Study found that Mardi Gras' total impact into the Australian economy was around $38 million Sydney Mardi Gras is one of the biggest GLBT Celebrations in the World and 2011 was attended by record crowds.

This is a time to remember the Stonewall Riots and the beginning of Gay liberation as we know it. The Sydney Pride festival is dedicated to those that lead the way back in 1969, who fought for equality and human rights and the incredible strength of our friends who marched in the first Sydney Mardi Gras in 1978. 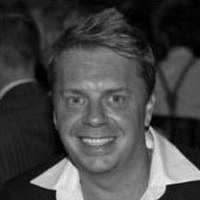 Calling on all our LGBTQI friends and supporters
to show your True Colours and together we can make a difference.

Venues, Event Promoters, Performers and Volunteers
who'd would like to participate can
contact Glenn at info@sydneypride.com
or use this form.

Please fill in all of the required fields
TOP
X